The story revolves around Moiraine Sedai played by Rosamund Pike who is in search of something which would take her to the allies of the past and future. In this journey, she meets five young men and women who help her to meet the prophecy of the “Wheel of Time”. She’s on a voyage and she arrives at a village which is not known to her and there she discovers the “Dragon Reborn” and the “Chosen One”. To know what happens in this journey, watch the fantasy series, Wheel of Time.

Why should you watch Wheel of Time?

Wheel of Time is a Hollywood Fantasy series based on Robert Jordan’s 14 novels titled the same. Each of the novels has as many as one hundred characters that take us to a fictional world. If you see the trailer of this show, you will get the vibe of “The Lord of the Rings” or the “Game of Thrones”. But, Wheel of Time’s potent and intimate energy makes it stand out among the two greatest fantasy world stories.

In this series, you can see women taking the lead in practising magic. As per the novel, if men practise magic they will go mad. And that’s what has been portrayed in the series version of Wheel of Time. This series requires a lot of attention. So, while watching the show you need to get your mind off everything and immerse in this journey. You need to understand the Wheel’s presence to know the other aspects of the series. As the title says, the Wheel turns back time. And in the series, you can see that the Creator has conceived this power and it could travel through seven ages. And to energise this Wheel it needs the One.

This One extends beyond an individual. It is basically a combined force of people with magical abilities. And these people are called the channelers. They consist of men and women. The men are called Saidin while the women are called Saidar. And women organised in small groups are called Aes Sedai. In this context, you can understand the importance of Moiraine Sedai. The series' plot begins with the Third Age.

The Third Age is basically reminiscent of the Second Age’s repercussions. In this age, you can see an evil presence who intended to destroy all the good things. This was known as the Dark One. Before he could take a plunge on his intention, Lews Therin Telamon, aka the Dragon captures him.

The plot is set in the area of the Two Rivers. And to create the fictional nuances, the VFX team did a remarkable job. The entire team’s work was so good that it would certainly be loved by the devoted readers of Wheel of Time.

As mentioned earlier, the series has too many characters just like the original novel. Except that these characters are a little more mature than how they are mentioned in the novels. This is probably because of the adult scenes that are present in the series. Nevertheless, the one that shined throughout the first season of this series is Rosamund Pike. To support her we can see Daniel Henney who played the role of her Warder.

Wheel of Time - Where to watch?

Yay! The show is available for streaming online and you can watch Wheel of Time on Prime Video.

The Eye of the World - Watch Online

The Dark Along the Ways - Watch Online 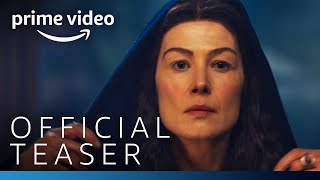 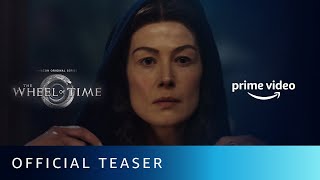 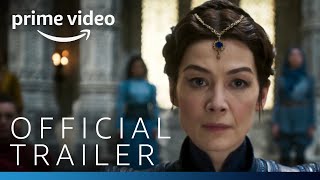