Aracy de Carvalho is a young clerk at the Brazilian Consulate. For two years, she has been secretly issuing passports to Jews without the dreaded "J" stamp, which not only won't allow them to travel, but will doom them to the horrors of concentration camps. When newly appointed diplomat, João Guimarães Rosa, arrives in Hamburg, the two fall madly in love. Aracy would later be honored by the Yad Vashem with the Righteous Among the Nations Award. João would be known as the greatest Brazilian writer of the twentieth century. Created by Mário Teixeira. Starring Sophie Charlotte, Rodrigo Lombardi, Peter Ketnath in the lead roles.

Passport to Freedom - Where to watch?

Yay! The show is available for streaming online and you can watch Passport to Freedom on Sony Liv. 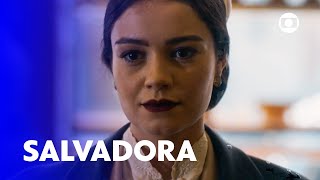