Loki is an MCU series that takes place after the events after the Avengers-EndGame. The show explores alternate timelines and a multiverse; the latter being further explored in Doctor Strange in the /multiverse of Madness. In this series, the events of the life of the God of Mischief, Loki (Tom Hiddleston) have been portrayed after he seizes the Tesseract. The series starts with the arrest of Loki by the Time Variance Authority (TVA) for he created a branched timeline. He is further sentenced to be pruned by the judge Rovonna Renslayer. At this moment Mobius M. Mobius (Owen Wilson), an inspector with the authority, interjects and takes Loki for interrogation at the Time Theatre. Here the inspector shows him his unbelievable future that he is going to play an integral role in his adoptive mother’s death. Will Loki’s future prediction come true? Why did Mobius show him his future? Will the villain turn into a hero? To unveil the story, watch the series ASAP!

Why should you watch Loki?

For the fans of the Avengers series, Loki will be a new turn as it emphasises the story of a villainous character over a superhero. The story reveals a lot about Loki’s future and his bond with Thor after his alleged death at the hands of Thanos. Throughout the series, Loki helps the authorities to catch a Loki variant who is continuously attacking the Minutemen of TVA. as expected, the series did not fail to charm the audience. It keeps intrigued often throughout all the episodes.

The writer Micheal Waldron scripted the character really well to keep the viewers' engaged through all the 6 episodes. Kate Herron, the director of the series took extra efforts to make it all look real. She also managed to make people fall in love with a villainous character. Tom Hiddleston as always has been praised by the viewers for enacting the role of the infamous son of Asgard. The chemistry between Loki and Mobius makes you want more of them on screen.

When it comes to graphics and animation the team has aced to illustrate the actions and scenes. The illustration of the scenes has been done with intricate detailing. It was evident from the portrayal that it was all handled by the best men in the industry. The background music is captivating to the core. The theme song of Loki is sung by Caio Gaona and is being applauded by many.

Loki - Where to watch?

Yay! The show is available for streaming online and you can watch Loki on Hotstar.

For All Time. Always. - Watch Online 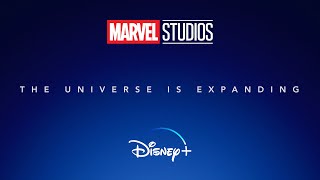 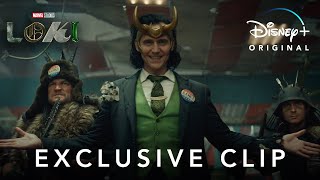 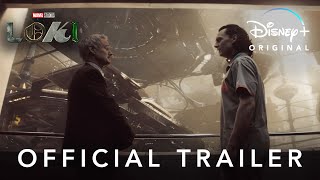