Last Chance to See is a wildlife documentary first broadcast on BBC Two in the United Kingdom during September and October 2009. The series is a follow-up of the radio series, also called Last Chance to See, in which Douglas Adams and Mark Carwardine set out to find endangered animals. In this updated television version, produced for the BBC, Stephen Fry and Carwardine revisit the animals originally featured to see how they're getting on almost 20 years later. In one episode, a male kakapo, called Sirocco, mounts and attempts to mate with Carwardine's head. Sirocco found fame after the video of his antics became an internet hit, and was later anointed as New Zealand's "spokesbird for conservation". A Last Chance to See special called "Return of the Rhino" was broadcast on BBC Two on 31 October 2010. The programme followed four of the last remaining Northern white rhinos as they were transferred from Dvůr Králové Zoo in the Czech Republic to Ol Pejeta Conservancy, a protected reserve in Kenya, in a last-ditch attempt to save the subspecies from extinction.

Last Chance to See - Where to watch?

Yay! The show is available for streaming online and you can watch Last Chance to See on Netflix. 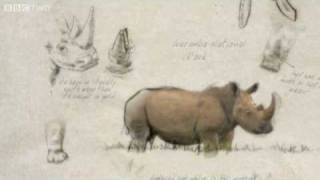 Human: The World Within
Documentary

How to Become a Tyrant
Biography Documentary History War

Night Stalker: The Hunt for a Serial Killer
Crime Documentary