The series takes place in the backdrop of the 1993 Bombay blast and concentrates around three major cases involving an investigating officer named Sandip Garg (Vijit Singh), a hotelier and a businessman named Dharmendra Arora (Pratik Mehra), and a prominent journalist named Shivani Bhatnagar (Aksha Pardasany). The link these three incidents have with Kathmandu is the source of the enigma. Samarth Kaushik (Amit Sial), DCP, and Hitesh (Gopal Datt), a CBI officer, took it upon themselves to solve the case. Watch the series to find out if they'll be successful or not.

Why should you watch Kathmandu Connection?

The series is layered similarly to 'Family Man.' The narrative centres around the 1993 Bombay blast and its link to Sunny Sharma, which DCP Samarth Kaushik was assigned to investigate. This is the type of thriller where the suspense is so intense that you can't possibly fathom it in your dreams. The story revolves around three major events. The first involves the murder of an investigating officer, the second involves the kidnapping of a well-known businessman and hotelier, and the third involves the stalking of a well-known journalist. All of these tragedies are connected in some manner to Nepal's capital city, Kathmandu. As the title indicates, the series concentrates on establishing a link between the three incidents.

The first three episodes offer a terrific premise, writing, and plot, however, the following two episodes may leave you feeling a little discouraged, but you must wait for the end. The fourth and fifth episodes may seem implausible at times, but you must persevere to the very end. It's hard to foretell the climax. So, in the last episode, the series' true turning point is revealed, and also the twist that transforms the perspective is truly spectacular. It clarifies a few points raised in prior episodes. Director Sachin Pathak's portrayal of one such terrible year in the country's history will undoubtedly resurrect some painful recollections from that time. The plot involves three simultaneous investigations spanning borders, which is engrossing, and the programme has several strong features that make for a decent fascinating tale.

Another important component of this series is the ensemble's performance. Amit Sial is a fantastic actor, and his portrayal of a sensitive husband and father leaves little room for disappointment. Shivani Bhatnagar, played by Aksha Pardasany, has been an excellent supporter of Sial. She was excellent in her role, and another significant character in the series, Anshuman Pushkar, had a strong screen presence. His delivery of words and mannerisms throughout the series is impressive. Aside from that, everyone did a fantastic job. Overall, the series contains all of the elements of a good crime thriller, such as gunfights, violence, suspense, and cryptic conspiracies, making it a worthwhile watch.

Kathmandu Connection - Where to watch?

Yay! The show is available for streaming online and you can watch Kathmandu Connection on Sony Liv.

All In - Watch Online 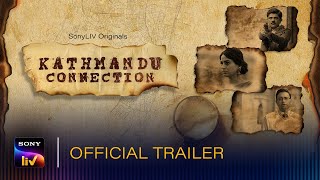