Gongjin, a beach village, is the setting for this love story. Yoon Hye-jin (Shin Min-a), a smart and attractive dentist in the huge city of Seoul, is a realist who lost her job after rightfully accusing the clinic's chief doctor of profiteering from the patience. She then travels to Gongjin, a picturesque beach village where she meets Hong Du-sik (Kim Seon-Ho), a man who does odd jobs. Du-sik, also known as Chief Hong, is well-liked in the community because he looks for the old and is not afraid to take on odd duties. The two people's paths meet multiple times by coincidence, and they grow a fondness for each other, while Du-sik frequently saves Hye-jin from disaster.

Why should you watch Hometown Cha-Cha-Cha?

This is a relaxed Korean drama set in a lovely beach community that will make you feel better, weep, and value life as it unfolds. Shin Min-a and Kim Seon-Ho, the audience's favourite dimple pair, kicked off the series with a lovely introduction and demonstrated adorable chemistry throughout the drama

The main storyline is around Hye-jin, a dentist from Seoul who ends up in the little beach village of Gongjin due to a sequence of terrible occurrences. She quickly recognises herself as an outcast and strives to blend in. When she chooses to create a dental clinic, it just adds to the problems. Hong Du-Sik, on the other hand, is quick to provide assistance. Du-Sik is a dashing and elegant man who, while unemployed, is undoubtedly busy. He assists all of the inhabitants and also provides Hye Jin with good advice. Over the course of the episodes, the pair grows closer and each of them matures and evolves.

Hometown Cha-Cha-Cha, however, is much more than a basic romance, with a big cast of people assisting in the development of the drama. In their individual storylines, each Gongjin character has a goal, such as overcoming obstacles and letting go of the past. The characters are lifelike, and the interactions and interplay between individuals and the lead characters were all depicted realistically.

Apart from that, the cinematography is excellent, the transitions are smooth, and the soundtrack is both fun and appropriate for the drama's breezy coastal setting. Overall, this Korean drama is a lighthearted, carefree drama that is simple to follow and unquestionably delightful, and it will comfort you from the inside out. As a result, this is a must-see for everyone.

Hometown Cha-Cha-Cha - Where to watch?

Yay! The show is available for streaming online and you can watch Hometown Cha-Cha-Cha on Netflix. 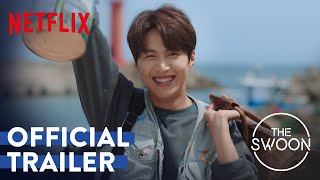