The story follows soldiers who are deployed to the D.P. department of a South Korean military institution and are given a specific task to seek deserters. An Joon-Ho aka Jung Hae-In acts as a soldier in this series, who has a peaceful nature yet rigid. His (An Joon-Ho) persistence and ability to observe are noticed by Sergeant Park Beom-Goo aka Kim Sung-Kyun. Then he is transferred to the Desert Pursuit department whose goal is to apprehend deserters. As the story proceeds, An Joon-Ho collaborates with Corporal Han Ho-Yeol aka Koo Gyo-Hwan and Sergeant Park Beom-Goo is always exhausted. He nags and curses Han Ho-Yeol and An Joon-Ho, but also looks after them with great perception. Ho-Yeol lends Joon-Ho to lead the investigation, yet he can be frustrating at times. Similarly, Im Ji-Seob aka Son Seok-Koo,  First Lieutenant, is only concerned with his military accomplishment and isn't fond of the department. You must watch the series to find out how they fared in their mission and what obstacles they faced while completing their missions.

Why should you watch D.P.?

The series D. P., which stands for "Deserter Pursuit," is a dark and brutal series with superb casting and cinematography. The series is a critical critique of sectoral bullying that occurs in South Korea's obligatory military service. Director Han Jun-hee depicts the storyline with caustic dark humour. The cruelty is realistic and is depicted in a way that makes it far more efficient and compelling. The reason behind the production of D.P., according to the writer Kim Bo Tong, is to combat the erroneous belief that the military is fairer nowadays. He desires to assist individuals who are struggling in the dark and to create a positive future for someone who may be silently weeping.

Soldiers are generally assigned to the D.P. department of the South Korean military institution with a specific task, as previously stated. The mission includes apprehending any soldier who leaves the barracks without authorization. The show's approach to South Korea's delicate military issues is exhilarating and it leads you to ponder and contemplate a lot because abuse runs deep in our community or society in both direct and indirect ways. The plot is intriguing, but Jung Hae In's genuine acting abilities, as well as the outstanding performances of the whole cast, elevate it even further. You'll note that the problem represented in the series is far more than a mere issue. What makes this drama so brilliant is the way Jun-past Ho impacts every supporting character, from culprit to instigator; deserter or loyalist.

Now, let's speak about cinematography, which is pretty good. The camera style alternates between dreamy exterior vistas, cramped close-ups of actors, and extended cuts of emotional events. This, along with a sleek design, results in a skilled Korean drama.

Yay! The show is available for streaming online and you can watch D.P. on Netflix. 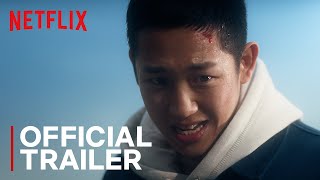