The story is set in a scenic and beautiful hill station named Sironah, North India. And there we see two opposite police officers have joined hands to solve the rape and murder of a young tourist. The two officers are Angad and Kasturi. Angad was born and bred in the city and he possesses amazing crime-solving skills. Meanwhile, Kasturi was familiar with the place and she knew the locals very well. Can these opposites work as a team to solve the murder mystery? To know, watch Aranyak.

Why should you watch Aranyak?

Directed by Vinay Waikul, Aranyak is a Hindi language web series that belongs to the thriller genre. The plot is set in picturesque Sironah which is a hill station in North India. However, amidst its beauty lies a constant tension among the people. In this town, everybody seems to be hiding a secret. The characters in this series are very shady. And after nineteen years a major crime takes place in the town that shakes up the entire law and order system of Sironah. Police are searching for a killer and a rapist who is said to be half a man and half a leopard according to the village folklore.

The first season of Aranyak is spread across eight episodes which seems a little slow. The story offers too many characters and subplots and introducing them takes a lot of time. Because of this Aranyak seems to lose a little focus. However, the storytelling is brilliant. The runtime of the plot will give you a feeling that it should have been made into a full-length thriller film, and it would have done really well because of its impressive narration. Since the maker has stressed the plot time too much, the episodes are laborious and dragged unnecessarily.

Now let’s come to the stars of the show, Parambrata Chattopadhyay and Raveena Tandon. We know that these two actors have aced whatever roles they are offered. And in Aranyak also they were shined throughout. Raveena, playing the role of Kasturi, was so versatile in being a straight-up police officer, however, gawky in managing the kitchen. After a long time, she made a full-length appearance on-screen, which was worth a wait. On the other hand, we have Parambrata Chattopadhyay who matches the vibe of Raveena and brings out his best in this movie. This unconventional duo really dominates the show amidst a plot that has been dragged (a lot) before making the point.

Besides the lead actors, we see Ashutosh Rana, Zakir Hussain, and Meghna Malik who did great justice to their respective roles. Though Ashutosh Rana and Zakir Hussain played their roles effectively it feels like being in the comfort zone of doing shady and corrupted roles.

In addition to the talented cast, Aranyak also offers a major attraction, which is the wintery hill station setting. The natural shots between the snow-capped forest were eye-catching. And it offered a constant suspicion in the scenes.

All in all, Vinay Waikul’s Aranyak though was not the best with its plot time, it gave us great performances and enthralling moments which are worth watching.

Aranyak - Where to watch?

Yay! The show is available for streaming online and you can watch Aranyak on Netflix. 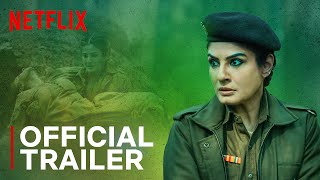 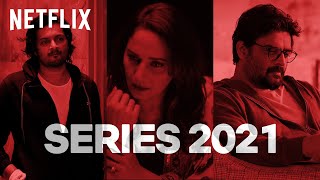