Zenda (Marathi: झेंडा) is 2010 Indian Marathi film directed by Avdhoot Gupte and starring Santosh Juvekar. Avdhoot Gupte himself composed the music for the film. The film depicts the journey of four young ambitious scholars to succeed in life and the impact of a split in a major political party on their journey. Zenda depicts a feud between two cousins in rival political parties, inspired by the real-life feud between Raj Thackeray, chief of Maharashtra Navnirman Sena (MNS) and his cousin, Uddhav Thackeray, Executive President of Shiv Sena. Avdhoot Gupte however believes that it is more about the Marathi youth, with just a couple of characters in the movie representing Uddhav Thackeray and Raj Thackeray. The film was released in early 2010, in theatres across Maharashtra state.

Zenda - Where to watch?

Yay! The movie is available for streaming online and you can watch Zenda movie on Netflix, Eros, Prime Video, Zee5, Jio, Sony Liv. It is not available to buy/ rent online on any platforms right now. 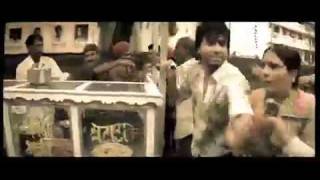