At 89 years old, Stan Lee's name appears on more than one BILLION comics in 75 countries in 25 languages. Arguably the most recognized name in comics, Stan Lee has co-created over 500 legendary pop culture characters including Spider-Man, Fantastic Four, X-Men, Iron Man, Thor and The Hulk. Stan continues to create new material and entertain fans of all ages with fantastic stories and characters in all areas of entertainment. With Great Power: the Stan Lee Story, explores the vivid life and imagination of Stan Lee, from the early days of his Depression-era upbringing through the Marvel Age of Comics and beyond! The film uncovers original transcripts, illustrations, photographs and stories of Lee's fascinating journey from his early years at Timely Comics and World War Two, the comic book industry's censorship battle of the 1950's led by Dr. Fredric Wertham, the dawn of Marvel Comics and the legendary characters Stan co-created, to his current company POW! Entertainment.

With Great Power: The Stan Lee Story - Where to watch?

Yay! The movie is available for streaming online and you can watch With Great Power: The Stan Lee Story movie on Tubitv. It is not available to buy/ rent online on any platforms right now. 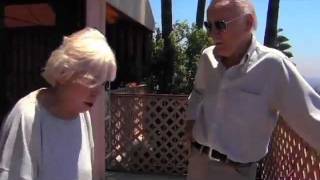