A man named 'Nobody' (Jason Segel) travels around a beautiful private resort in the desert, drinks orange juice, and then tosses the glass far across the desert. He sits quietly and takes a deep breath of fresh air. When he explores an office and money hidden in a book, he gets quite concerned about his plight. Just as the man is ready to leave with a Rolex and some cash, the Owner (Jesse Plemons) along with his Wife (Lily Collins) arrives. They are taken aback when they see the intruder, and a peaceful hostage situation ensues. Learn more about the plot's development and conclusion by watching this movie.

Why should you watch Windfall?

McDowell is an outspoken director who violates narrative norms. The young director has been compared to Alfred Hitchcock and David Lynch for his combination of science fiction, fantasy, romantic drama, and dark humour. Windfall will be no exception, and while it isn't as innovative as earlier movies like The One I Love or The Discovery, it is nonetheless enjoyable.

The film makes a conscious effort to situate the protagonists in their different social classes. This is in line with the core theme of the movie, which is class identity and how it affects individuals. Nobody, for instance, is a true nobody who may have lost his work as a result of a wave of cutbacks at the firm, which the CEO flippantly alludes to as a purposeful strategy to maintain the cash flow. The Wife, on the other hand, feels more connected to Nobody since we learn that she stems from a similar upbringing and moreover her marriage was only a means of survival for her. She is also fairly dissatisfied with her spouse, avoiding contact whenever possible, and is on hormonal contraception, which he is unaware of.

The decision to shoot the movie over one spot with a modest crew and cast not only amplifies the sense of tension, but also serves to reinforce a few of the movie's major elements, as the foundations of riches, solitary confinement, and glory are possibly fatal flaws, and luxury accommodation becomes a prison. Being a millionaire appears to be more complicated than it appears.

As a conventional crime drama, the movie is possibly the most enjoyable. Plemons (CEO) plays his character with such a fascinating passion that he genuinely holds the picture together. Furthermore, McDowell's understanding of cinematic features and viewpoint, driven by his conventional noir origins, generates an exceptionally cinematic style for the genre.

Windfall - Where to watch?

Yay! The movie is available for streaming online and you can watch Windfall movie on Netflix. It is not available to buy/ rent online on any platforms right now. 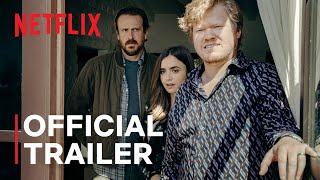