Vaagai Sooda Vaa is a 2011 Tamil romantic comedy drama film directed by A. Sarkunam,directing his second film after Kalavani It features Vimal and newcomer Iniya in the lead roles, with Bhagyaraj, Ponvannan and Thambi Ramaiah playing supporting roles.[3] The film is a period piece set in the 1960s in a remote village in Tamil Nadu.] The film released on 30 September 2011 to generally positive reviews. Subsequently, the film was honored with the National Film Award for Best Feature Film in Tamil for 2012

Vaagai Sooda Vaa - Where to watch?

Yay! The movie is available for streaming online and you can watch Vaagai Sooda Vaa movie on Viu, SunNxt, Prime Video. It is not available to buy/ rent online on any platforms right now. 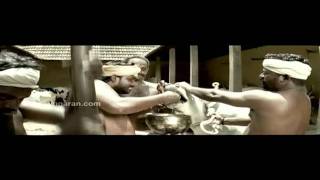