The film unfolds after eight people and a child get stuck in the lift. They include the lift operator (Indrajith), a police commissioner (Ganesh Kumar), the apartment's builder and his dancer-wife (Baiju and Remya Nambeesan, respectively), an alcoholic writer (Prathap Pothen), an IT professional and his girlfriend (Rejith Menon and Sruti Menon, respectively), an American-returnee (Nandhu) and a young boy (Master Devaraman), who intermittently keeps enquiring about his mother (Meghana Raj). They are on their way up to the top floor to take part in the building society's anniversary celebrations. Suddenly, the space becomes a sort of an altered reality. It becomes a place where the real becomes unreal; where emotions are raw and extra sensitive. It even prompts the very nature of the characters to change and secrets to be revealed. 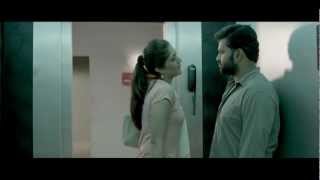