Fact-based war drama about an American battalion of over 500 men which gets trapped behind enemy lines in the Argonne Forest in October 1918 France during the closing weeks of World War I. Based on a true story, The Lost Battalion is set in 1918 during the final months of WWI. Assigned to capture an enemy stronghold in Charlvaux at the height of the Argonne campaign, the men of the AEF 308th Battalion, 77th Division, are led by young American major Charles Whittlesey, an inexperienced but dedicated "citizen soldier." Totally cut off from the other allied troops, unaware of their vulnerability, and barraged by "friendly fire," the 500-plus men of the 308th bravely hold their position, suffering incredible losses and unspeakable deprivations in the process -- while the battalion's superior officers, far from the firing line, callously prepare to write off the men as expendable casualties.

The Lost Battalion - Where to watch? 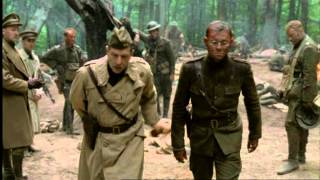