Lalbazar Detective Ekendra Sen a.k.a. Eken (Anirban Chakrabarti) during his tour to Darjeeling along with Promotho (Somak Ghosh) and Bapi (Suhotra Mukhopadhyay) gets the opportunity to meet popular movie star, Bipasha Mitra. She is a woman overflowing with grace and suaveness and also receives a proposal to investigate a lost prehistoric photograph of hers. He is also presented with a murder case at the same time. You'll have to see the movie to find out if Eken is successful in his investigation or not.

Why should you watch The Eken?

The plot starts with the assassination of a professor in Bankura. A link had been discovered by the professor between both the robbery of an old Vishnu statue and the killing of a temple keeper three decades ago. The diva Bipasha Mitra (Payel Sarkar) is perplexed by the lack of her family portraits, and the SP in Darjeeling invites Detective Eken to her resort. SP  notifies Eken that Bipasha's favourite asset, the idol, was just stolen, and the actress requests that he look into the matter.

With its brilliant language and outstanding performances, the movie offers you plenty of reasons to giggle, but not in an excessive, forced way. If you've seen the movie Bhooter Bhobishyot, you'll recognise the sharp and funny comedy. This movie centres around Eken, who makes you chuckle every time he appears on the screen. The playwright seemed to have done an excellent job portraying his persona.

Anirban Chakrabarti's character Eken epitomises simplicity, and his quick wit makes him a joy to watch. Ekendra Sen, a clumsy, gourmand Bengali man with an unreasonable dread of cold conditions, is a charming anomaly among the clever, towering, smart, and gorgeous Bong investigators. This is a movie adaptation of the book, which depicts Eken in a somewhat different light. Payel Sarkar, on the other hand, has a small yet effective role as actress Bipasha Mitra. Debasish Mondal also gives a strong performance in the film, following his excellent performance in Mandaar. The rest of the actors performed an adequate job as well. In comparison to the indoor scenes, Ramyadip Saha's cinematography during the chase moments is stunning. Overall, the movie includes lots of genuine laughs, funny dialogues, and breathtaking scenery from the highlands and their charming inhabitants. Lovers of Eken and families seeking a good time will like the film.

The Eken - Where to watch?

Yay! The movie is available for streaming online and you can watch The Eken movie on hoichoi. It is not available to buy/ rent online on any platforms right now. 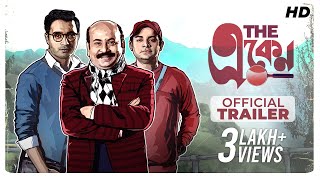 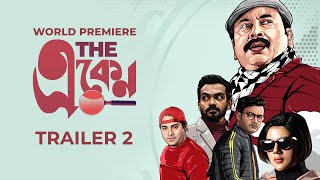