The story is about Adam Reed (Ryan Reynolds), who is a fighter pilot. In the year 2050, Reed tried to go back in time, year 2018 in particular, using a time jet. Instead, he lands in 2022 and meets his 12-yr old self (Walker Scobel). In the present, Adam is still mourning his father Louis's (Mark Ruffalo) tragic death and stays distant from his mother Ellie (Jeniffer Garner). 2022 Adam soon meets an injured 2050 Adam and the two begin to bond. Both Adams leap into the past to save Laura (Zoe Saldana), 2050 Adam's wife. During the rescue mission, the two Adams are chased by dystopian leader Sorian (Catherine Keener), who wanted to take 2050 Adam back to the year 2050. Sorian understood the theory of time travel and wanted to control time and the future. But Adam gets to know about this plan from Laura and decides to fight back, with the help of Louis, who also joins the mission. What happens then? Well, for that you need to watch the movie.

Why should you watch Adam Project?

If you love sci-fi adventure, then The Adam Project is a must-watch. Directed by Shawn Levy, the movie starts with Gimme Some Lovin', a peppy song that perfectly encapsulates the energy of the movie. The song here is a symbol of the jolt of energy that Ryan Reynolds brings to screen, by playing the role of a cocky pilot. We join the story mid-chase. Ryan Reynolds as expected appears as a snarky hero. In the year 2050, we are told that time travel exists. Also, Walker Scobel's acting as a younger version of Ryan Reynolds' character was very fresh and convincing. There’s a perfect balance of action and comedy inherent in the conflict between the two Adams. We can further see how big Adam has moved over his old bitter self.

The characters in the movie make references to “Back to the Future” or “The Terminator”. Also, Mark Ruffalo and Jeniffer Garner fans can see the two working as a devoted couple here. However, Ruffalo has no scenes with Zoe Saldana, who played Maya Soriain in the movie.

The film delivers a better-than-expected production design from Claude Pare. The futuristic gizmos and special effects by Scanline VFX offer an immersive experience, worth indulging in. All the fight and action sequences are in perfect sync, especially the reunion scene amid the mayhem. We also get to witness an emotional awakening, where older Adam tells younger Adam that anger does not prevent sadness and that there is always room for second chances. Overall, there is a perfect harmony of fun and fantasy in the movie. And this is what families would talk about after watching The Adam Project.

1. Before the making of The Adam Project, director Shawn Levy and writer Jonathan Tropper visited Ryan Reynolds at his home and talked about the tone of the movie. They also discussed how this time travel movie would bring the perfect balance of emotional and humorous moments.

2. Shawn Levy has previously worked with Ryan Renolds in the movie Free Guy.

3. Shooting for the movie got postponed due to Covid-19 and Walker Scobel wasn’t listed in the first batch for auditions, pre-lockdown.

The Adam Project - Where to watch?

Yay! The movie is available for streaming online and you can watch The Adam Project movie on Netflix. It is not available to buy/ rent online on any platforms right now. 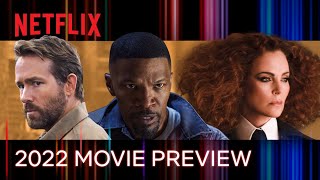 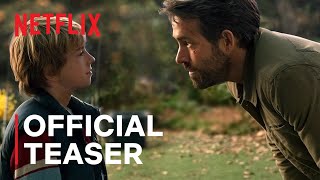 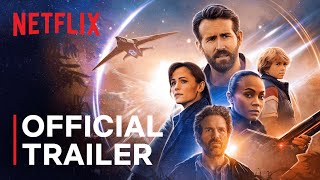