Sonic (Ben Schwartz) is up for more freedom after settling down in Green Hills, and Maddie (Tika Sumpter) and Tom (James Marsden) consider leaving him alone at home and planning a vacation. While, Dr Robotnik (James Carrey) returns, this time with a new accomplice, Knuckles (Idris Elba), in search of an emerald that has the potential of both constructing and destroying civilizations. In the movie, Sonic with his sidekick joins forces with Tails (Colleen O'Shaughnessy), and embarks on a globe-trotting quest to regain the emerald before it is possessed by the wrong ones. The movie, directed by Jeff Fowler, also stars Natasha Rothwell as Maddie's sister. Wanna know more? Watch yourself!

Why should you watch Sonic the Hedgehog 2?

Ben Schwartz's voice reprised the role of Sonic with zeal in Sonic the Hedgehog 2 and he’s spot-on with one-liners. Also, the always amazing Jim Carrey, with his never-ending moustache, doesn't lose a beat in his over-the-top, villainous antics, which adds more theatrics to Dr Eggman that never ceases to be entertaining.

Besides, Colleen O'Shaughnessey plays Tail's joyful demeanour with experienced authority, while Idris Elba as the mighty Knuckles is a wonderful addition, combining the masculine side of the echidna with his wry comedic foible,s at not being entirely in sync with how Earth functions. When it comes to voice modulation in Knuckles' portrayal, Idris takes an unusual road that is dramatically different from Ben's attempt, yet equally fascinating. Tika Sumpter and James Marsden, on the other hand, have less to do this time, yet they manage to raise Sonic's human side and offer some heartwarming moments interspersed throughout.

Some scenes in the CGI have a suspension of disbelief element by pulling back from live-action components, giving us a video game vibe. Yet Luke Freeborn's production style is a fantastic tribute to the source. Some of the action set pieces are elaborately created and a delight to see on screen, especially when they feature Sonic and Knuckles competing for superpower and speed.

The familial storyline connecting Tom Wachowski's and Sonic's travels is cleverly incorporated, without appearing too didactic and without sacrificing video game aspects and mythology. Thus appealing to fans and non-fans equally. Director Jeff Fowler, together with writers Josh Miller, John Whittington, and Pat Casey, brilliantly mix the thrills and frills with an emotional plot that is suitable for an entire family to watch. Even the continuous pop-culture allusions, including an epic jab at The Rock and Vin Diesel's fight, are perfectly positioned. Overall, Sonic the Hedgehog 2 pleasantly surprises and will have fans anticipating what the creators have in store for future instalments.

Sonic the Hedgehog 2 - Where to watch? 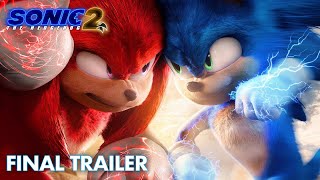 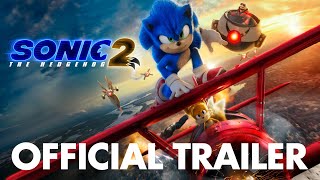