Returning from Mecca, Darwis changes his name to Ahmad Dahlan as he is disturbed by the trend of Islamic laws in his society; that borders on heresy, Syrik (polytheism), and Bid’ah (wrong innovation). Using a compass, he proves that the direction of Qibla (that points to Mecca), in the Great Mosque of Kauman is wrong. The discovery angers every Kyai (Islamic experts), especially the head of the Great Mosque of Kauman, Kyai Penghulu Cholil Kamaludiningrat. Dahlan, who studied in Mecca for five years, is seen as a rebel upstart. Since the proposal of changing the direction of Qibla is rejected, Dahlan starts a movement calling for the change. On his first sermon as a preacher, Dahlan criticizes the habits of residents in his village in Yogyakarta: "In a prayer, only a sincere and patient heart is needed, it requires no Kyais, money, let alone offerings". As a result, Dahlan gets a hostile reception.

Sang Pencerah - Where to watch? 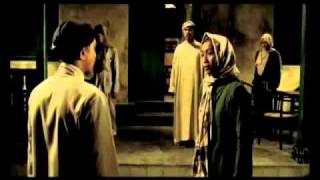