Rajbir is sentenced to a year in jail for Assault while his friends, Sexy, Ambani, and Doctor, are not charged. After his discharge, he reports to their boss, Fauji, an ex-army officer, who, at one time was a bank security guard, was unsuccessful in looting it, ended up as a gangster, and now wants to be an MLA. Fauji is then hired by the personal assistant, Rawat, of the Chief Minister, Jaya Gulati, to disrupt the non-violent agitation led by Malik against the government's Land Acquisition legislation - that empowers it to acquire land at very low compensation from farmers and allow it to powerful and influential industrialists like Aggarwal - who has paid her a huge bribe. Rajbir and his crew find out that the village is their hometown and decide to support the activists. They are turned down as the group does not want their demands tarnished by the involvement of ex-convicts/goons. 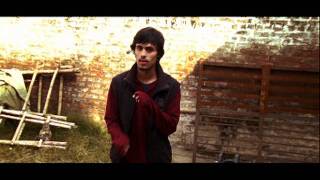