Rooney is an enthralling documentary that provides viewers with unparalleled access to the life and career of a worldwide sports superstar and England's best ever striker, Wayne Rooney. The archive footage used depicts Rooney's family life, featuring his wife Colleen, children, and also his parents. The documentary further digs into the fascinating career of the spirited footballer. From his debut in the premier league at a tender age of 16 years to the last match at Derby, it takes you through the different stages of the icon’s life. What hurdles did he pass through? How did he manage to get through them? What was lying in his path next? To know the player's eventful life watch Rooney.

Why should you watch Rooney?

Matt Smith directed Rooney, a sports documentary about Wayne Rooney, an English footballer who climbed to stardom unlike any other. The documentary starts with Rooney as player-manager at Derby County and ends with his retirement from football in January 2021. We're taken on a tour through Rooney's life thus far, with highlights and lowlights galore. Thanks to archive videos, interviews with other former managers and ex-pros like Thierry Henry, David Moyes, Sven-Göran Eriksson, and David Beckham, as well as straight-talking, mainly sombre, and frequently introspective interviews with Rooney himself.

One of the most important elements of Rooney's tone is that it exists to emphasise his skills and accomplishments. This player is England and Manchester United's all-time leading goalscorer, and the documentary aims to remind viewers of his brilliance. Interviews with football's biggest players, as well as Rooney himself, comment on his talent and his greatest achievements. He had, and still has, the pride of seeing himself as one of the best young players of all time, and the now 36-year-old Rooney wears a youthful grin. This remembrance and appreciation of a guy whose great skill may have been forgotten through time is a lovely aspect of the film.

But this isn't simply a glorified piece of propaganda. The film has a stark honesty about it as Rooney's major blunders are exposed. The film reveals the external causes that hampered his own development. Furthermore, it puts light on the love life of the football star with his wife Coleen. The director interweaved the love story and the bitterness in their relationship and how they are still together in a magical way. It surely has a lot to learn and introspect from the documentary. Even though it has smooth transitions, it does not always give explanations for some behaviour. However, it does provide some versions of the story, which the media have failed to capture.

The presentation is friendly, and the tempo is modest yet steady. The film's format works effectively since it relaxes the viewer and is simple to follow. Overall, the film is a well-balanced portrayal of events from the perspective of someone who has had much of his background and personality defined by others. Some complaints were valid, but others were based on misunderstandings or assumptions. As previously said, he was a youngster who had to swiftly mature into a man. But it's worth noting that he never makes an apology or appears to defend his actions.

Rooney - Where to watch?

Yay! The movie is available for streaming online and you can watch Rooney movie on Prime Video. It is not available to buy/ rent online on any platforms right now. 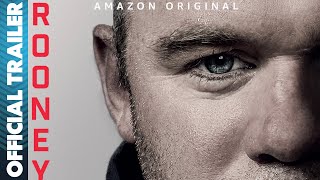