In 1977, BBC music presenter Bob Harris was given exclusive and extensive access to the Queen. Conducting insightful interviews with all four band members as well as filming them at work in the studio as they were planning and rehearsing their forthcoming North American Tour, and then following them as they performed across the US, Bob captured a band attempting to replicate their huge domestic success on the global stage. Curiously, the documentary he set out to make was never completed, and the footage lay unused in the archive until now. To mark the 40th anniversary of the release of the News of the World album, the footage has now been carefully restored and revisited to compile this hour-long portrait of a group setting out to take the next step on their remarkable journey to becoming one of the biggest bands on the planet.

Queen: Rock the World - Where to watch? 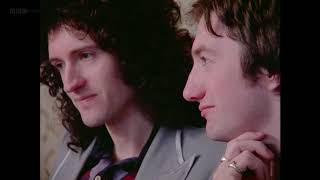