Paris Paris is an upcoming Indian Tamil-language comedy-drama film directed by Ramesh Aravind and produced by Manu Kumaran, which is a remake of the 2014 Hindi film Queen by Vikas Bahl. Paris Paris heading straight for a direct Amazon Prime OTT release.

Paris Paris - Where to watch? 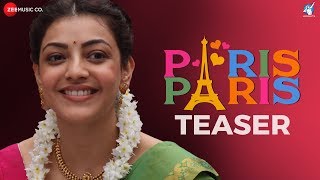