A secretary is found dead in a White House bathroom during an international crisis, and Detective Harlan Regis is in charge of the investigation. Despite resistance from the Secret Service, Regis partners with agent Nina Chance. As political tensions rise, they learn that the crime could be part of an elaborate cover-up. Framed as traitors, the pair, plus Regis' partner, break into the White House in order to expose the true culprit. 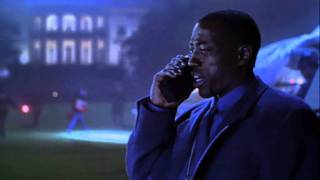