Moonshot is the story of the future where Cole Sprouse plays Walt as a leading male character. In the story, he is seen as a barista assistant who wants to get to Mars. With the Kovi Space Program, he can turn his dream into reality. However, his application has been rejected more than 30 times as he does not have any expertise in the project. And thus, his desire remains unfulfilled. Apart from Walt, we see three other characters: Ginni (Emily Rude), Sophie ( Lana Condor), and Sophie’s boyfriend Calvin (Mason Gooding). You will know more about these personas while watching the movie. It all starts when Walt meets Sophie who is upset because her boyfriend, Calvin is working on a hectic project on Mars and she is worried because Calvin is going to stay on Mars for a long time. Walt convinces Sophie to buy a ticket for Mars. He also convinces her to take him on the spaceship. Guess what? It happens too. Now they have to pretend to be a couple to avoid the revelation of the truth. Sounds interesting, right? Do you want to know what happens next between the two? Well, you have to watch this movie then!

Why should you watch Moonshot?

Moonshot is a sci-fi rom-com directed by Christopher Winterbauer. In this movie, we can see the ever-dashing Cole Sprouse starring opposite Lana Condor, who became notable after “To All the Boys”. The primary reason to watch Moonshot is to witness the chemistry between Sprouse and Conor. They played the characters Walt and Sophie respectively in the movie. And if you see the film you can witness how different these two (Walt and Sophie) personalities are. Sprouse’s character was goofy yet ambitious. On the contrary, Sophie’s innocent face is enough to convey what she wants in her character. Both characters along with the other supportive cast work well to portray the thought behind the script.

The out-of-this-world location, scenes, and picturization take you to another world literally, although these shots are seen only a few times. It is no less than a treat for the lovers of a sci-fi movie with a hint of romance and a mild comedy. On the contrary, the ending is quite predictable. If you expect any surprise element, it may not meet it.

Christopher Winterbauer as a director makes it possible for us to imagen; how a love story blossoms outside of the world. The film is not a time travel, it is just a cheery way to spend some good time with your loved ones. Overall, Moonshot is one of those romcoms, which is good-natured and has a hard-to-resist premise. It is going to be a light comic and fun experience for its viewers for sure.

Moonshot - Where to watch? 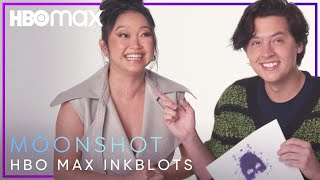 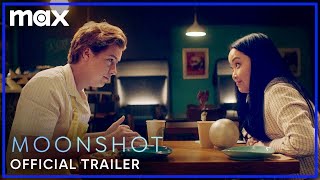