The plot revolves around an alcoholic professor John Durairaj "J.D." (Vijay), who teaches personality development. Following a significant event, J.D. is sent to teach at an undisclosed juvenile facility dealing with young criminals. On the other hand, it is also the narrative of Bhavani (Vijay Sethupathi), a ruthless criminal whose goal has been to exploit juvenile delinquents as sacrificial lambs for his gang. Furthermore, Bhavani manages this juvenile facility, and neither the police nor the courts can intervene. J.D. and Bhavani spar at one point. What happened, and how did it happen? You'll have to watch the movie to find out.

Why should you watch Master?

If you enjoy dark action thrillers, Then ‘Master’ is for you since the movie has both Kollywood actors Vijay and Vijay Sethupathi competing against each other. Lokesh Kanagaraj, the director, has chosen a story that would captivate the audience. Kanagaraj in Master establishes two distinct realms, both symbolically and visually. To make a strong impression on the audience, you will be introduced to the antagonist, Bhavani. He is portrayed as a demon in human flesh whose been tortured in a juvenile facility and uses that experience as a weapon by using juvenile delinquents for his network. He crafts the scenario in such a way that the spectator is perplexed as to who is their saviour who would alleviate their pain, and then we meet J.D., a weirdly revered drunken professor.

The story's execution is excellent, as you will be empathetic with both characters after watching the film. Kanagaraj and his writing team, Rathna Kumar and Pon Parthiban were equally successful in portraying a realistic depiction of life in jail and how society regards convicts. There is a perfect balance between the protagonist and the antagonist. Both Vijay and Sethupathi are in the best zones. There's passion, dancing, fantastic dialogue, and of course action, which is exactly what the audience expected.

Vijay provides a breezy appeal to the movie with his dancing, punching the criminals, and portraying his role with a swagger. All of this, however, is overshadowed by Sethupathi's persona. He makes it out to be a piece of cake, yet it's apparent that the actor worked hard to get into the grey gruff role. His wicked look and calm demeanour, or even the movement of his hand, convey control. And then he delivers those lines, demonstrating what a wonderful actor he is. In a nutshell, Sethupathi elevates Master. The final encounter between the two characters contains a few thrilling moments that contribute to the film ending on a high note.

Another reason you should watch the film is for the soundtrack. Anirudh Ravichander's debut soundtrack for Vijay in 'Kaththi' made him famous, and he has now collaborated with Vijay for the second time in 'Master.' The dynamic composer has offered several moods of songs for the audience to rejoice.

1. For the first time in Kollywood, Vijay and Vijay Sethupathi collaborated in this film. In addition, Master is actor Vijay's first pan-Indian release, having been released in Kannada, Telugu, Tamil, and Hindi.
2. Due to the Covid-19 epidemic, the movie's release date has been pushed back from 9 April 2020 to 13 January 2021. This means that 2020 will be the only year without a Vijay film release since the beginning of his professional career in 1992.

Master - Where to watch? 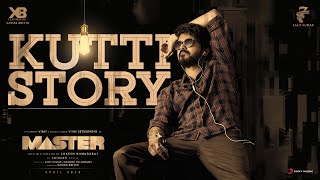 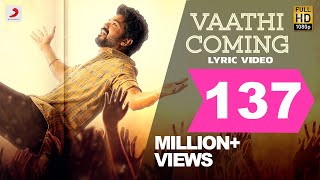 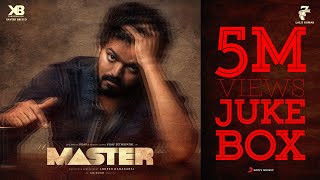 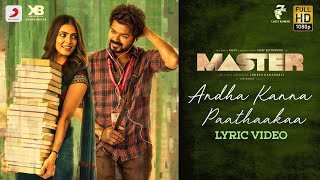 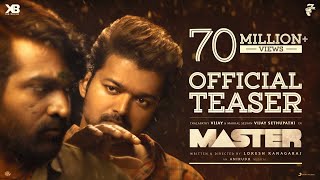 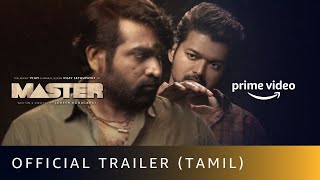