It is a story about a young boy named Ravi (Harshith Malgireddy), who just completed his schooling and now dreams to become a software engineer. Since Ravi lives in a rural and underdeveloped town, he finds it difficult to get access to computers. But he stays positive about his dream. At that time a fellow villager, Hybath (Priyadarshi Pulikonda), opens an internet centre. Ravi then could see his dreams coming true as Hybath agrees to rent the PC to him on an hourly basis. One day, Ravi receives an email that opens a series of surprise events leading to life-changing experiences.

Why should you watch Mail?

Directed by Uday Gurrala, Mail is one of the best ‘slice-of-life’ movies so far. It is a Telugu film that brings out the simple realities of life. The director intended to make the story as realistic as possible, which is very common with middle-class melodies. Mail is the first chapter in the series of Kambalapally Kathalu.

The chapter is set in the mid-2000s when computers were a luxury in the rural region, of Kambalapally. And when Hybath opened an internet centre, the villagers looked at computers with awe. This will give you an idea about the simple lifestyle the villagers had, like any other rural part of India. Harshith Reddy who plays the lead role in this piece has done well. His acting was very natural. His character as a young, innocent, and confused lad in the course of learning computers was commendable. He was so convincing in the role that it will be hard for people to absorb the fact that he is a mere fresher in this field!

To support him, the movie had Priyadarshi Pulikonda, Though his role in the piece was short, it cannot be denied that it was important. His fun experiences and subtle comedy were tight in the film. Priyadarshi is the story’s prime anchor and his basic facial expressions have a lot in store. The computer-generated humour was handled pretty well. The film's climax is also fairly and logically warranted. However, despite the characters being well-established in the movie, the narrative was quite slow-paced. This might go against many audiences.

Coming to the technical part, Mail holds a very strong position. The film’s production values are great with amazing camerawork, showcasing the serene atmosphere of the village. The writing had honesty, and the dialogues had an earthy tone, which would help the audience to connect with the movie effectively.

Overall, Mail is a nice middle-class drama with an interesting storyline and simple but sincere performances. The purity of small-town kids, contextual comedy, and a suitable finale are all brilliantly put in here. So, for honest narration, you can give this film a shot.

Mail - Where to watch? 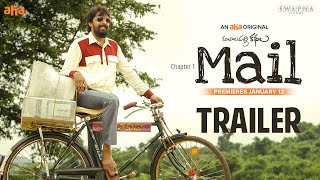 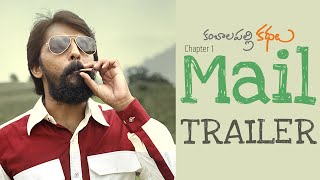