In this story, there is a girl named Savi who is on a mission to rescue her boyfriend, Satyajit from some mobsters because he loses a sum of money. They take him under custody till she gives them money. It's a race against time. And as the plot unfolds, the two get into a series of various fortunate and unfortunate events. Here we stop! Any further information about the story will be deemed a spoiler for sure.

Why should you watch Looop Lapeta?

The name Looop Lapeta alone is so intriguing that the audience would surely want to watch it. Starring Tapsee Pannu and Tahir Raj Bhasin as leads, Looop Lapeta is a quirky Hindi adaptation of the German thriller Run Lola Run. Directed by Akash Bhatia, the film was shot in Goa. Tapsee, playing Savi, steps into the shoes of Franka Potente with a bit more time to save. As opposed to Lola, Savi, the renowned spinster, gets 80 minutes to run around and raise 50 Lakh. The story’s feature is a time loop, where Savi gets 3 chances to remain alive and reclaim the cash amount. Hence, the name Looop Lapeta is justified.

Tapsee Pannu, running in the movie carefree, is in such a mood. The actress is worthy of praise for her commitment to playing unorthodox characters and portraying diverse themes. Every Taapsee film promises to be distinct, which is a great accomplishment for the actress. Looop Lapeta is also a hilarious ride with a timer that creates the sense of being on a roller coaster. In spirit and execution, the Hindi version stays true to the original while, creating its own captivating insane world and personality. Since the movie was based on a time loop for Savi, there was not much action on Satyajit’s part. It might have been a deliberate move by the makers. For all we know, Tahir is an extremely good actor. Nonetheless, Tahir Bhasin’s character in the movie was undeniably important.

However, to establish the characters, the movie seems more stretched. While you get the nagging impression that the film should have been cut shorter, the leisurely gamble pays off as the storyline develops. The original was, to put it mildly, "experimental" and ahead of its time in terms of storytelling.

The animation and soundtrack departments also play an important role in making this picture as twisting, psychedelic and humorous as intended. And Kudos to Taapsee, Tahir, and the supporting ensemble. Akash Bhatia didn’t fail to make each character go to extreme methods to rescue the day, and they all do so admirably.

Overall, Looop Lapeta is a laudable attempt to transcend the everyday. So, you must watch the movie.

Looop Lapeta - Where to watch?

Yay! The movie is available for streaming online and you can watch Looop Lapeta movie on Netflix. It is not available to buy/ rent online on any platforms right now. 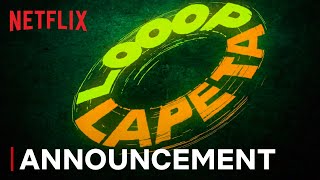 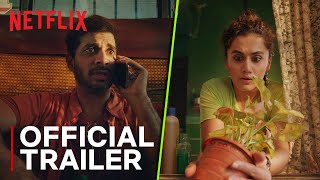