Khushi (Telugu: ఖుషి, English: Happiness) is a Telugu film which released on 27 April 2001 and was directed by S.J. Suryah. Pawan Kalyan, Bhoomika Chawla and Sivaji paired up for the first time in this film. The music composed by Mani Sharma was a huge hit. Kushi is one of the most successful film starring Pawan Kalyan. Kushi is a remake of Tamil film of the same name.

Khushi - Where to watch? 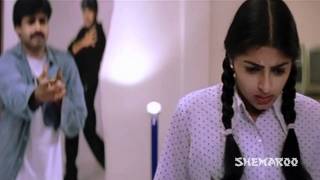