This is the story of a guy name Jaysukh, whose father has left tremendous amount of debt on him, while he is single earning person and he has to repay back of his father debt. Jaiyukhcomes to Ahmedabad city and got a job in firm, he falls in love with Jigna his co worker, meanwhile his boss's sister (Kiran) comes back to india after completing her graduation from london and falls in love with Jaisukh. Now his Boss Mansukh force to Jaysuk to marry his sister, Jaiyuk denies it and ask his friends to help him. Sushil (Jaysuk's friend) tells lie to mansukh that, he and jaysuk are in relation. Now the boss fires him and here the problems starts in Jaisukh's life. Directed by Dharmessh Mehta. Starring Johnny Lever, Jimit Trivedi, Puja Joshi in the lead roles.

Yay! The movie is available for streaming online and you can watch Jaysuk Zdpayo movie on Prime Video. It is not available to buy/ rent online on any platforms right now. 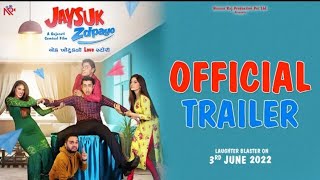 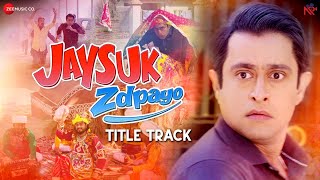