'Hell' is the name of the hero of the story. He's a prisoner of the women who now run the USA after a nuclear/biological war. Results of the war are that mutants have evolved, and the human race is in danger of extinction due to infertility. Hell is given the task of helping in the rescue of a group of fertile women from the harem of the mutant leader (resembling a frog). Hell cannot escape since he has a bomb attached to his private parts which will detonate if he strays more than a few hundred yards from his guard.

Hell Comes to Frogtown - Where to watch?

Yay! The movie is available for streaming online and you can watch Hell Comes to Frogtown movie on Tubitv. It is not available to buy/ rent online on any platforms right now. 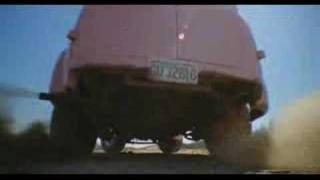