The story is about a boxer who is passionate about boxing. But, his dreams take a turn when an unexpected event changes his life. The main character, Ghani (Varun Tej) is the son of a national-level boxer named Vikramaditya (Upendra Rao). Looking at his father, he also developed a liking for boxing at a very young age. Ghani was warned not to do boxing after an incident occurred at the national-level boxing championship. Also, the entire family had to face a bitter experience from society after that. But, what was the incident all about, that changed their lives? What did it have to do with the national championship? To get these answers, you need to watch the film.

Why should you watch Ghani?

Directed by Kiran Korrapati, Ghani is a sports drama that speaks about the politics that goes around even in the world of sports. Though previously many sports-oriented movies have been made revolving around this plot, Ghani deserves to be treated with all kinds of seriousness. Starring Varun Tej and Saiee Manjekar as the leads, the trailer of the movie gives us quite an idea of what to expect all along. The plot gets interesting as you slowly delve into the numerous layers of the characters involved. In the film, we can see a lot of twists, traumas, and suspense that would keep you glued to the screen.

For the first time, Varun Tej played the role of a boxer in his film career. Likewise, he was quite convincing. Also, in the acting department, he played a fair part. Saiee Manjekar, had her South Indian debut with this movie. Earlier she was playing the role of Khushi Chautala in Dabaang 3. At present, she played the role of Maya who was Ghani’s love interest in the movie. However, her role is not adding anything to the story, but she did a decent job. There were also other characters & cast in this tale. There’s Eeswar aka Jagapathi Babu, who founded the Indian Boxing League and also has a connection with Ghani and Vikramaditya. Also, Aadi aka Naveen Chandra, forges his identity, even after he hails from a wealthy business background. Kiran tried to attempt a 'major revelation' as Nimma and Suniel Shetty Upendra's personas, but the venture falls flat.

When we focus on the story, it has multiple characters on the plate. However, there are times when the narrative seems to fall flat. However, 2 additional songs and 2 numbers are utilised as a freeze-frame and seal the deal (Thaman S, composer). The movie somewhat reached the desired effect with Upendra’s long lines and Ghani’s punch dialogues. For the entire first part of the film, we can see how the maker tried to explore Ghani’s dynamics with his family and also his love story with Maya. And the after interval scenes were packed with boxing matches.

In a nutshell, Ghani is an all in all sports drama. And if sports is your thing, you can watch it.

Ghani - Where to watch? 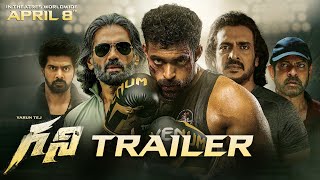 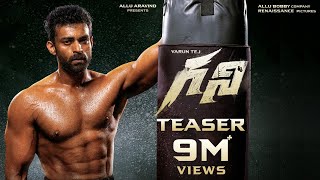