The story is about four people who battle the challenges of modern human relationships. And in this journey, they discover some dark secrets about their families as well. Enter Alisha (Deepika Padukone) who runs a yoga studio, believing that she is the most unlucky person in this entire world. She creates fitness software but is now facing trouble discovering an investor. Speaking of her personal life, she is in a live-in relationship for six-year with Karan (Dhariya Karwa) who is struggling as a writer. Just when Alisha thought that she was done with her life, her rich cousin Tia (Ananya Pandey), and her fiance, Zain (Siddhant Chaturvedi) decide to show up. And they go for a staycation at Alibaug. In a short period, Zain & Alisha get attracted to one another and they start having an affair. During their hidden romantic encounters, they bond over the traumatic past. Little did they know about the unforeseen storm that changed all their lives completely. And what storm was that? Watch the movie to find out.

Why should you watch Gehraiyaan?

Shakun Batra’s Gehraiyaan is a game-changer for Bollywood movies as it does not depict a typical love triangle. Though from a trailer it might seem so, when you watch the film you can see how the budding relationship destructs the lives of others involved around them. The film, as promised, turns out to be emotional and devastating. A lot of speculations were heard when the trailer was released that the movie is glorifying the act of cheating. But, if you watch the movie, you can understand that the movie is set on a completely different level.

The film is also positioned as a broken woman’s journey to self-acceptance. It’s a pro-Deepika Padukone movie, where her character is a struggling yoga instructor who supports herself and her unemployed boyfriend. And after a long time like this, she reaches her breaking point and starts having an affair with her cousin’s fiance Zain (Siddhant Chaturvedi), who works at a stock market firm and is quite shady. Deepika and Zain were brilliant in their respective roles and so were Ananya and Dhariya. Another striking performance in the movie was given by Naseeruddin Shah who played the role of Alisha’s father. Though his role was short, it surely created an impact on the film. However, despite being an all-star cast movie, Gehraiyaan somewhat falls apart in the climax. In addition to performances, the movie also had some great songs. Doobey, Gehraiyaan title track, and Beqaboo. They rightly fit the premise of the film and you would surely remember these songs for a long time.

Overall, Gehraiyaan is a fresh story that breaks the shackles of typical Bollywood romantic drama. Furthermore, in this movie, you get to see Deepika Padukone giving one of her best performances.

Gehraiyaan - Where to watch?

Yay! The movie is available for streaming online and you can watch Gehraiyaan movie on Prime Video. It is not available to buy/ rent online on any platforms right now. 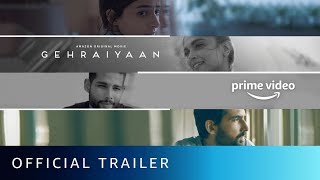 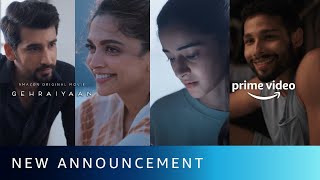 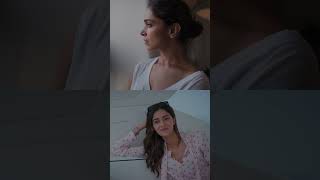 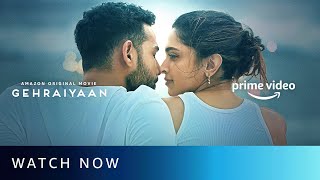