The story revolves around Gangubai Kathiawadi aka Ganga (Alia Bhatt), who wanted to be an actress. Thus, she eloped with her boyfriend Ramnik (Varun Kapoor) who told her stories about the film industry in Bombay. And they come to the City of Dreams. However, Ramnik had some other plans in mind and after reaching Bombay, he sold her at a brothel of Sheila Masi. Gangubai could not return back and thus turned into a prostitute. Gangubai was brave among other women, who lived in that brothel and she went against Sheila Masi (Seem Pahwa).

In this course, she gained some respect from her female friends. As the story progresses, we can see that Don Rahim Lala (Ajay Devgan) builds a brotherly relationship with Gangubai. And soon, she becomes the Mafia Queen and fights for providing a better life for women and her community. And how does she do that? Well, you need to watch the movie to know about the rest.

Why should you watch Gangubai Kathiawadi?

Sanjay Leela Bhansali’s Gangubai Kathiawadi is set against the dreamy backdrop of Mumbai, where you can witness the dreams shattering of young women. The movie features women welcomingly situated at the entrance of a kotha (brothel) in the chaotic bylanes of South Bombay’s red-light area, the infamous Kamathipura. The director made the scene look tragic, dramatic, and real. The movie is a story of all these women of Kamathipura who are sold at brothels for something like a few hundred rupees. You can see this story being told from the perspective of Gangubai Kathiawadi (Alia Bhatt).

In this movie, you can see how young and naive Ganga has been conned by her own love interest, Ramnik (Varun Kapoor). He promised Ganga that he will direct her on the path of becoming a heroine in Bollywood. But later his demonic intention leads to Ganga’s gradual transformation from a simple girl to a Kamathipura heroine as we put it.

The beauty of this storyline lies in Gangu's transformation. And as the protagonist, Alia Bhatt surely did justice to the character. You may find it difficult at first to see her play such a heavy role, but with time, you will root for her.

The character of Rahim Lala played by Ajay Devgan though was short but it left a solid impact. Speaking of other supporting actors, Seema Pahwa, Jim Sarbh, and Vijay Raaz also gave brilliant performances. However, Alia’s phenomenal performance overshadowed their acting. Nevertheless, all of them gave their best foot forward. The movie also features, Shantanu Maheshwari, as Gangubai’s later love interest with whom she shared some bitter-sweet moments. It was these scenes that were quite memorable in the movie.

Sanjay Leela Bhansali in his narrative of Gangubai Kathiawadi developed every context like chapters from a book. From Ganga’s arrival into the world of the unknown to becoming the greatest support of the women of Kamathipura, then becoming an activist, to getting political inspiration- it was a rollercoaster ride. The movie also had some heartbreaking moments, which were portrayed brilliantly by Sanjay Leela Bhansali. Also, like any other Bhansali movie, this movie is visually pleasing with finesse camerawork.

Gangubai Kathiawadi - Where to watch?

Yay! The movie is available for streaming online and you can watch Gangubai Kathiawadi movie on Netflix. It is not available to buy/ rent online on any platforms right now. 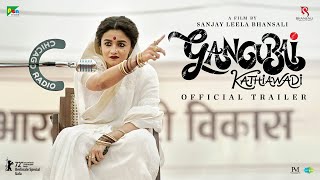 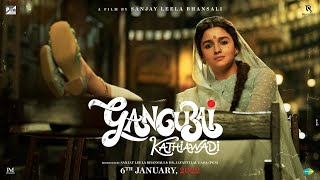 Doctor Strange in the Multiverse of Madness
6.5