Recorded at Hyde Park in London, June 17th 2006, this 76 minute performance sees the Foo Fighters rock through some of their most popular material in front of a massive crowd, quoted in some media as nearly 100,000 people. At the time of this show, the band were touring in support of their excellent double album, In Your Honor. There have been a number of different members come and go in this band, however their current line-up has been the most stable. 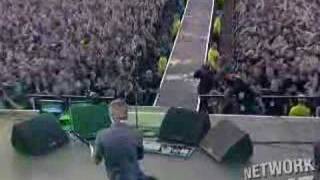 Foo Fighters Best Of You - Live At Hyde Park

Brian May
View all cast & crew

Back to the Outback
Adventure Animation Comedy Family Music