Driver (Dwayne Johnson) has spent the last 10 years in prison planning revenge for the murder of his brother. Now that Driver is free to carry out his deadly plan only two men stand in his way- Billy Bob Thornton plays a veteran cop and Oliver Jackson-Cohen, a crazy hitman. With those two close on his trail, Driver races to carry out his mission as the mystery surrounding his brothers murder deepens.

Faster - Where to watch? 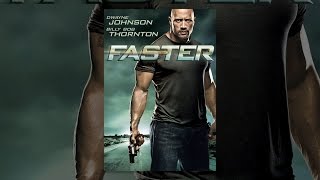