Fantastic Beasts: The Secrets of Dumbledore

The famous Professor Albus Dumbledore played by Jude Law is quite well acquainted that Gellert Grindelwald played by Mads Mikkelsen, the vicious Sorcerer wizard is scheming to have control over the magical realm. Potter incorporates the assistance of Newt Scamander played by Eddie Redmayne to head a daring group of wizards and witches. Eddie also leads a brave baker who is a Muggle on a hazardous mission in which they face new and old beasts and battle Grindelwald's increasing horde of followers. But, with everything on the line, how far can Dumbledore maintain his neutrality? Find out by watching this film.

Why should you watch Fantastic Beasts: The Secrets of Dumbledore?

The movie begins with one of the best moments in the series, in which young Albus Dumbledore (Jude Law) and Grindelwald (Mads Mikkelsen) converse about their childhoods and their plans to change the world. And it looks like this is what J.K. Rowling and Steve Kloves, along with director David Yates, are aiming for this movie because it concentrates on and accentuates the Harry Potter franchise's mythos, The Secrets of Dumbledore is substantially more intriguing than the preceding sections.

As Grindelwald, Mikkelsen's dorky facial gestures and a tint of pessimism work nicely, and he adds a lot to the character and also to the movie as a whole. In a sense, he carried the entire movie on his shoulders. This movie offers considerably more background on events alluded to in previous films, including the link between Albus Dumbledore and Grindelwald. As one might expect, there are some terribly depressing scenes, and sadness hits the heart, yet Scamander's Hufflepuff character knits it all in with love, kindness, and hope.

The film is overall quite exquisite, with lavish costumes that express Hollywood magnificence on many levels. This film features new cast members who bring richness and intricacy to the tale, and one movie series cannot be compared to another. Furthermore, the tale is strong, the acting is superb in every manner, and the visuals do not obscure the importance of a strong plot and strong performances. The movie also includes a journey to Hogwarts to meet new students and a youthful Minerva McGonagall.  This movie will undoubtedly appeal to Potter fans.

Fantastic Beasts: The Secrets of Dumbledore - Where to watch? 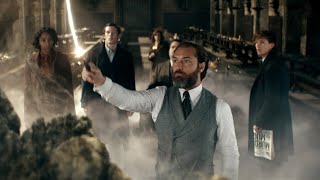 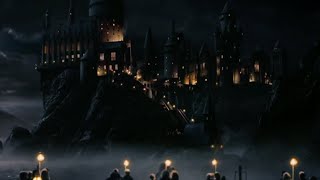 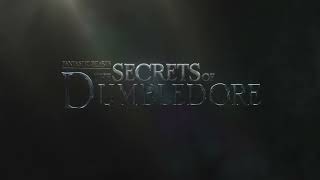