Disco Singh is the story of a struggling singer who was named Lattu prasad in a moment of inspiration by his parents. However, there is nothing inspirational about his life, which basically involves him performing in marriages and parties for his living. Lattu is a failed singer who runs an orchestra named Disco Singh. He dreams of only two things - success and Sweety. Sweety is a beautiful and successful model. Lattu keeps on praying to god to send an angel who can make his dreams come true. And sure enough, God does send someone. Bhupinder Singh aka Paaji is a dreaded don who is not really an angel but Yamraj. He asks Lattu to do a job for him in return of which Lattu will get all the money that he wants. And so begins Lattu`s hilarious journey where he tries to woo Sweety while trying to save his life from Paaji. Things keep on getting more and more complicated for Lattu and how he manages to escape from all these pangas is what forms the rest of the story.

Disco Singh - Where to watch?

Yay! The movie is available for streaming online and you can watch Disco Singh movie on Jio, nexgtv, YuppTV, Prime Video, Hotstar, mxplayer. It is not available to buy/ rent online on any platforms right now. 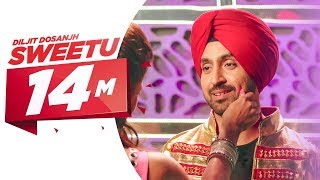