It is a story about a well-to-do husband who knows about his wife’s affairs but doesn’t say anything to avoid a divorce. The name of the husband in this story is Vic (Ben Affleck) and the wife is Melinda (Ana de Armas). The couple live in the small town of Little Wesley. They are in a loveless marriage and that leads Melinda to have multiple affairs with other men. Even the neighbours know about their open marriage. But, the plot starts taking mysterious turns with a series of deaths. And no one other than Vic is put under question for murdering the lovers of his wife. But did he kill them? Watch the film to know more.

Why should you watch Deep Water?

In the movie, we can see Ben Affleck and Ana de Armas playing the role of an unhappy married couple. Vic becomes rich by getting a drone warfare computer chip and now his job centres on publishing web pages. And when he gets free time, he bikes around and takes care of their daughter Trixie (Grace Jenkins). Meanwhile, Melinda is having affairs with young and attractive men that is not so subtle. Vic is portrayed here as an “understanding” husband. Yes, it’s kind of hard to believe that a person would be that calm in an open marriage. Ben Affleck does justice to the character, as expected. Ana de Armas' performance as a questionable character is also commendable.

In the movie, Melinda’s affairs become gossip in their social circle. Don Wilson (Tracy Letts) who was a local writer also takes interest in Melinda’s lover’s murder rumours. On the other hand, Vic’s best friends played by Lil Rel Howery and Dash Mihok mostly judge Melinda’s affairs and offer condolences to Vic. Lil Rel Howery played the best friend role as we have seen in any other movie. It is quite a cliche. But, his low-key comic energy cuts the torpid romantic plot and turns it into a softcore noir.

So, if you're looking for a weekend rubberneck, there's enough to gawk at in Deep Water, as well as some odd touches of true personality.

Deep Water - Where to watch?

Yay! The movie is available for streaming online and you can watch Deep Water movie on Prime Video. It is not available to buy/ rent online on any platforms right now. 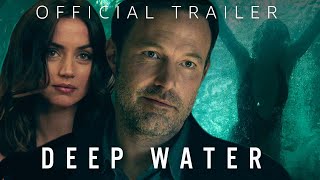 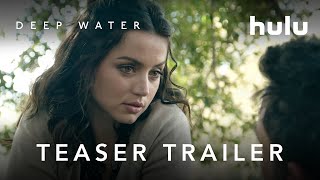