Death on the Nile

Death on the Nile Story

Based on a mystery novel by best-selling author Agatha Christie, Death on the Nile's story revolves around the main character, Belgian detective Hercule Poirot (Kenneth Branagh), who goes on a vacation to Egypt. He is a private investigator and is quite famous for his work worldwide. Also, known for solving some of the most perplexing mysteries. While he is enjoying his vacation and sailing on a riverboat in the Nile, he finds himself solving two murder mysteries. He starts investigating the cases with his friend Colonel Race. In this mysterious journey, Poirot meets some of the characters who were linked to the cases, Linnet Ridgeway (Gal Gadot) and Simon Doyle (Armie Hammer). If you want to know more about this classic whodunnit, you will have to watch the movie.

Why should you watch Death on The Nile?

Death on the Nile is a movie based on the murder mystery novel by Agatha Christie of the same name. Directed by Kenneth Branagh, this film is a sequel to Murder on the Orient Express (2017). And for many, Death on the Nile is the second big-screen version of the story (the first one was led by Peter Ustinov in 1978). While you are watching Branagh’s version of Hercule Poirot, you can see a quieter, self-absorbed, and even contemplative man. Branagh made Hercule Poirot a man who goes with his instincts, as he gets to solve a new case by working his way around people on board.

He investigates murders that happened on a ship on the Nile. And this involves Linnett Ridgeway and Simon Doyle who invited their friends and family to celebrate their union. However, an uninvited guest also came on board to humiliate the couple, and she was none other than Linnett’s best friend Jacqueline (Emma Mackey). Doyle and Jacqueline were supposed to get married but Simon dumped her and tied the knot with Linnett instead. Of course, that was not liked by many of the people. So, we can say that both Linnett and Simon were the characters we love to hate.

Death on the Nile takes its own time to develop the murders among the audience. Gradually, the movie takes a swift turn adding some urgency to the scenes. The curiosity increases with time as Poirot delves deeper into the clues he uncovers while searching for the truth. Overall, the storyline has a slow pace which is deliberate because the entire incident happened on a ship on the Nile. The first half of the movie keeps the audience guessing who the murderer is. Also, Death on the Nile introduces various characters onboard, offering glimpses of their personal lives. How they lost their loves, the grudges they hold against each other, and also the resentments that they nurture.

Besides Branagh’s spectacular performance as Poirot, Gal Gadot and Armie Hammer also give splendid performances. And the other actors who played suspects in their parts got an opportunity to dig into aspects of their roles that are not instantly on the surface.

Death on the Nile - Where to watch?

Death on the Nile - Watch Online 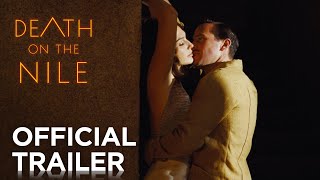 Death on the Nile Official Trailer 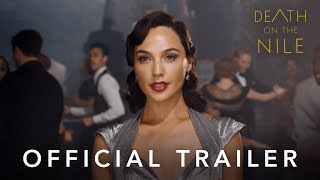 Death On The Nile - Cast

Death On The Nile - Crew

Death on the Nile - IMAGE GALLERY