Gangaram Chaudhary (Abhishek Bachchan) is the Chief Minister of a fictitious state called Harit Pradesh. Like the one we know, Ganga names his wife, Vimala Devi (Nimrat Kaur) as his successor before going to jail. In the jail, a young tough police officer, Jyoti Deswal (Yami Gautum) makes things worse for him by pressuring him to seek education, something he has been dismissive of his whole life. Will Ganga pass the tenth board? Will he return to his seat? Will his wife's devious schemes succeed? You'll have to watch this movie to find out the answers to these questions.

Why should you watch Dasvi?

Abhishek and Yami are the two important characters in the movie and they are incredibly reserved, and the film is directed by a debutant who does an excellent job. The film is lighthearted and entertaining and the writing and the cinematography were innovative and excellent. Politics, education, and family stories were all intertwined in the movie which moved at a steady speed, and there were no dull moments. Besides, Abhishek, Yami, and Nimrat have all performed admirably.

It should be emphasised that Nimrat Kaur is the main star of the movie. The actress takes on a part that is out of character for her and makes it noteworthy. A timid lady transforms into a fireball, and you can't help but smile anytime she appears on the screen, even when she's wicked and snobbish. As the prison's SI, Yami Gautum, who portrayed a youthful jailor, is serious. In several situations, the actress (Yami) outshines Abhishek Bachchan, and she certainly deserves some excellent screen time. Interesting actors play Ganga's jail companions. Manu Rishi Chadha is an obsequious officer who might easily make you laugh and Arun Kushwah portrays a character with a distinct personality. This is a remarkable example of a dwarf actor in a Hindi movie being handled as a genuine person rather than a source of amusement.

The film is not exclusively based on any single scene or theme, but rather on a series of well-crafted dialogues. Dasvi is a narrative by Ram Bajpai, written by Ritesh Shah, Sandeep Leyzell and Suresh Nair alongside poet-politician Kumar Vishwas serving as screenplay and dialogue consultant. The narrative is well-executed and the subject of the movie is interesting. With their bouncy tempos and acceptable compositions, Sachin-Jigar's music for Dasvi includes ‘Macha Macha re’ and ‘Ghani trip’ but the finest song on the soundtrack is ‘Thaan Liya’ which is sung beautifully by Tanishkaa Sanghvi and Sukhwinder Singh including others.

Overall, Dasvi is part fun, brushing over its themes, problems and characters yet managing to be slightly engaging.

Dasvi - Where to Watch?

Yay! The movie is available for streaming online and you can watch Dasvi movie on Netflix, Jio. It is not available to buy/ rent online on any platforms right now. 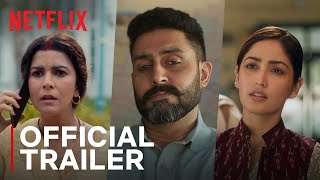 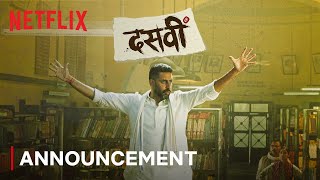