Seth Warner has reached the end of his rope. Ever since his wife died two years earlier, his world has been in turmoil. He is despondent, his career has fallen apart, even his house has been destroyed. There seems to be nothing left for him to live for. Confused and angry after two years of suffering, he finally directs his wrath at God from the rooftop of his apartment building in New York City. In the midst of a wild thunderstorm he demands to know why he has been betrayed by the god he has believed in and honored his whole life. God's answer is to strike down Seth's dog in a bolt of lightning. Pushed beyond his limits, Seth decides to respond to his years of torment by breaking each of the biblical Ten Commandments.

Commandments - Where to watch? 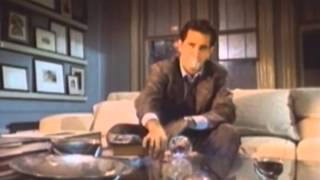