Neha comes to a small village in Bihar, India to construct a school building, for her NGO. She meets the principal to discuss the plans. While leaving from there Neha is shocked to know that the three boys who guided her to the school building are hardcore criminals and have been involved in several murders. Faces of all three in their adolescence, get etched in Neha's mind. With the news of the Rupees twenty million fund coming to the village spreads, politics of greed germinates. Paras, a contractor, lure the five school trust members and promises them to redo their houses if they help him construct the school. The trustee members agree but before they can proceed, Lakhan who has a strong foothold over the village hires the three boys to kill Paras. They kill Paras and the tender goes to Lakhan. Neha meets Janki, mother of one of the boys and is shocked to know about the circumstances that led the three boys to crimes.

Yay! The movie is available for streaming online and you can watch Chaarfutiya Chhokare movie on Prime Video, Jio, YuppTV. It is not available to buy/ rent online on any platforms right now. 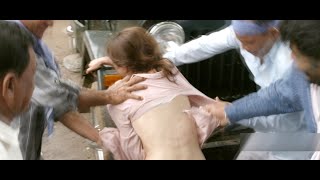