Richi, an ad filmmaker, gives his computer's hard disk for servicing in a shop and the disk gets exchanged and ends up with a girl named Sneha. Soon, he contacts Sneha and gets his disk and eventually falls in love with her. However, when Richi asks for Sneha's picture, she sends him a picture of a model named Janaki, who is married to Jeevan. Richi, having no knowledge of this, creates an album with his and Janaki's pictures. In an unfortunate turn of events, the album ends up with Jeevan and the life of these four individuals changes.

Cappuccino - Where to watch?

Yay! The movie is available for streaming online and you can watch Cappuccino movie on Netflix, Prime Video. It is not available to buy/ rent online on any platforms right now. 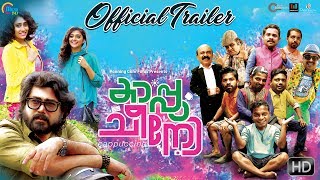