Brothers is an upcoming Hindi film, directed by Karan Malhotra and produced by Karan Johar under Dharma Productions along with Lionsgate Films and Endemol India.[6] The film is an official remake of the 2011 Hollywood film Warrior.

Brothers - Where to watch? 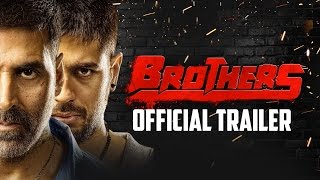