The story is about Sameer (Mammootty), a sweeper with the Alapuzha Municipality, who is always on tenterhooks because he is on the police radar whenever there is trouble or an act of terror occurs. Later it is revealed that his brother-in-law Shahjahan (Unni Mukundan) was suspected to be part of the terror team that had planted bombs in Bombay in 1993 and was later killed in an encounter with the Army in Andhra Pradesh. 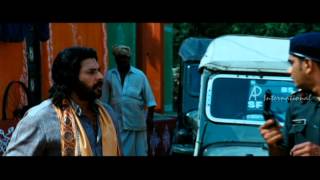