The film, which revolves around the story of a 10-year-old boy named Ben, played by Gaurav Menon, shows how adults address major issues of our society confronting children. The film also has Suraj Venjaramoodu (as Ben's father Justin), Anjali Upasana (as Ben's mother Asha) and Nila Noushad. A major highlight of the film is the acting debut of Biju Menon's "Vellimoonga" director Jibu Jacob, who is seen as Suraj's brother. Produced by Sajan K. George under the banner of Vibgyor films, the cinematography has been done by Hari Nair. Vipin has handled the scripting as well as penned the lyrics, composed music and the background score for the film.

Ben - Where to watch?

Yay! The movie is available for streaming online and you can watch Ben movie on SunNxt. It is not available to buy/ rent online on any platforms right now. 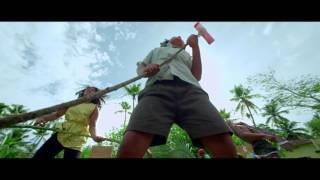