The plot centres around terrorism. Veera Raghavan (Vijay) is a Research and Analysis Wing (RAW) agent who returns to Chennai after a disastrous operation, leaving him mentally scarred. Then, as the story progresses, he meets Savitri (Pooja Hedge) at an event and accepts a position as a mall security guard in her company.

The plot twist occurs when a group of terrorists hijacks a mall and holds the general public and the employees present inside as hostages. Veera was also trapped in the mall and took up the burden of rescuing the captives by executing the attackers. You must see the film to find out how the remainder of the storyline unfolds and how Veera goes all out to save everyone's life.

Why should you watch Beast?

'Beast,' an Indian action film, has a vast range in tone and style, even within the same scene. It occasionally depicts a musical dark comedy about a gorgeous bachelor RAW agent who adores children and excels at killing or dismembering terrorists. The narrative is an excellent combination of crime, dark humour, and action.

Vijay is the movie's major attraction, carrying the entire movie on his shoulders with his screen presence and bravado. The action scenes are quite well done, and he looks incredibly fashionable. His character is adamant about completing the assigned objectives and will go to any length to do so. Apart from that, Selvaraghavan, who played Altaf Hussain, seemed to enjoy his role in the film and delivered an effortless performance. Aside from Vijay, music composer, Anirudh Ravichander is regarded as the hero of the storyline. His upbeat background music is another addition to the same, as Anirudh demonstrates why he is one of today's finest composers.

The action segments are undeniably delightful, and certain humorous scenes will appeal to audiences, particularly Tamil ones. With its flair and tremendous efforts that are evident throughout, it is a brilliantly framed movie. Nelson Dilipkumar, the movie's director, has structured the scenes in such a way that it emphasises Vijay's machismo. It's a commercial family movie with a well-balanced mix of dark humour, action, and, of course, music. All in all, the appealing elements of the plot are dark humour, action sequences, background score, and cast performances. If these are the aspects that influence whether or not you see a movie, then you should give it a shot.

Beast - Where to Watch?

Yay! The movie is available for streaming online and you can watch Beast movie on Netflix, SunNxt. It is not available to buy/ rent online on any platforms right now. 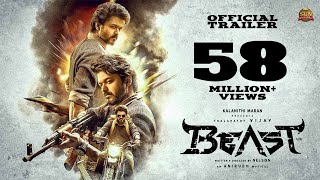 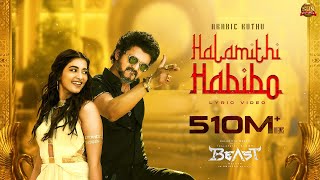 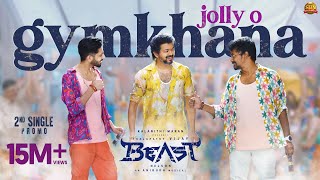 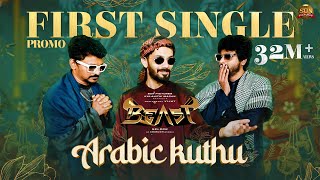 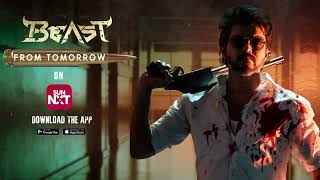