The story starts with a struggling filmmaker, Myra (Kriti Sanon) who aspires to become a famous director. But, her seniors are not ready to give her a big break. So, one day she goes on doing some extensive research and then decides to make a biopic on Bagwa’s infamous gangster, Bachchan Pandey (Akshay Kumar). She then leaves for Bhagwa and meets a friend, Vishwakant aka Vishu (Arshad Warsi), who is a struggling actor. When Vishu comes to know why Myra came to Bhagwa, he asks her to leave saying that Bachhan Pandey is a dangerous criminal. But, Myra stays back in Bhagwa and continues to study Bachan Pandey’s character closely. Why did Bachchan Pandey become a gangster? Did she get to talk to Bachchan Pandey about his life story? Did Bachchan Pandey allow Myra to make the film? These are the questions that will surely cross your minds. So, instead of stressing so much, watch the film.

Why should you watch Bachchan Pandey?

Directed by Farhad Samji, Bachchan Pandey is an action-comedy drama. The story is set in Bhagwa which is a lawless land where cops are beaten by the goons in broad daylight. And you can see journalists burnt alive because of making a caricature of Bachchan Pandey. But who is Bachchan Pandey? Bachchan Pandey is the most dangerous gangster of Bhagwa whose name gives chills to even policemen and goons. The entire story is built around this larger-than-life persona. This role is played by our beloved “Khiladi” Akshay Kumar. Bachchan Pandey’s notorious actions captivate a young filmmaker’s attention who becomes desperate to make a movie about him. This character is played by Kriti Sanon. And to help her, Vishu (Arshad Warsi) jumps into this doomed mission that leads to blood baths and destruction.

The plot of the film is quite interesting. However, the trailer gives most of it away. So, if you have already watched the trailer you know what to expect from the movie. But for those who haven’t watched the trailer, welcome to this crazy rollercoaster ride loaded with lots of action and subtle comedy. With Arshad Warsi in the movie, you will surely have the idea that this is not going to be like any other action drama. And of course, both Kriti and Akshay had given decent performances on-screen. While we are on the subject of acting, there were a few notable supporting characters in the movie like Bufferiya Chacha (Sanjay Mishra) and Bhaves Bhopolo (Pankaj Tripathi), who also evoked the fun elements in this movie.

The cinematography of the storyline is heavily inspired by Tarantino classics. The movie has frequent slo-mo shots of the lead character in a vintage open car among the arid landscapes of North India. To keep his persona intact, the film has an eerily cheerful background score which will be buzzing in your mind after watching the entire plot. For those who love to watch action films, there’s a lot of brutality shot in slick frames. Bachchan Pandey as a remake of the formula film in dark, action-comedy genre is worth watching.

Bachchan Pandey - Where to Watch?

Yay! The movie is available for streaming online and you can watch Bachchan Pandey movie on Prime Video. It is not available to buy/ rent online on any platforms right now. 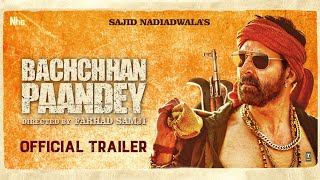 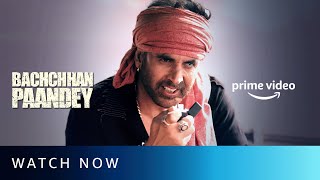