In Communist Anik Duttaʼs tribute to Satyajit Rayʼs Pather Panchali, the protagonist, Aparajito Ray, a young filmmaker, is being interviewed on All India Radio, Calcutta, for his debut film, Pather Podaboli, that has created a sensation in World Cinema and has bagged an International Film Festival Award and raved about by a certain Martin Scottish. Directed by Anik Dutta.

Aparajito - The Undefeated - Where to watch? 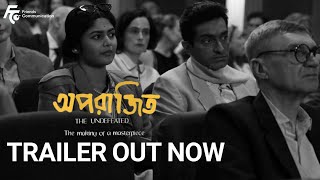