Anthahpuram is a 1998 Telugu film directed by Krishna Vamsi, which was later remade in 1999 in Tamil with the same name. The film stars Prakash Raj, Soundarya and Jagapati Babu in prominent roles.[1] The film won three Filmfare Awards South for Best Film, Best Director and Best Actress.[2] The film also went on to win the Nandi Award for Best Supporting Actor for Jagapati Babu and the Nandi Award for Best Female Playback Singer for S. Janaki.

Yay! The movie is available for streaming online and you can watch Anthahpuram movie on SunNxt. It is not available to buy/ rent online on any platforms right now. 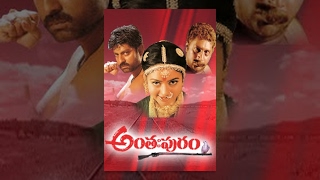